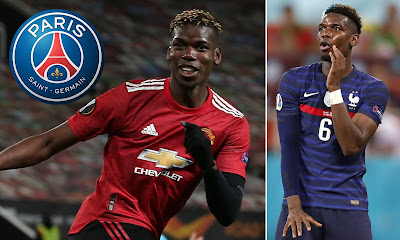 Many sources close to the player expect PSG to try to get the French midfielder this summer which will be a problem for Manchester United.

PSG are still interested in Pogba because they want players from Paris to play with other global stars.

The 28 -year -old could move on for free at the end of the season and he has indeed chosen to leave Old Trafford.

Pogba was previously interested in moving to Barcelona or Real Madrid, but both clubs are facing financial problems and are just waiting for a free transfer.

PSG may be able to overcome their opponents and offer Pogba more.

The same tactic was used to secure Gini Wijnaldum's signature this summer with sources saying they were offering the Dutch midfielder a salary three times what Barcelona offered. - AGENCY