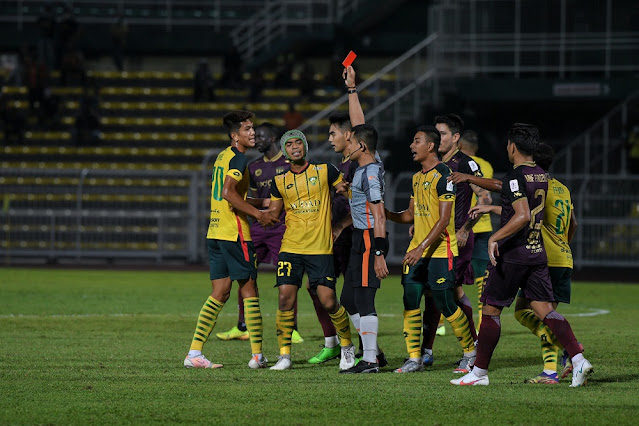 He said, it is not an easy task for his squad to meet TFC this time because the long journey factor requires sufficient rest, but hopes that the success of beating Penang FC on Tuesday will continue to burn the spirit of his players.

"Even so, I also don't want the players to be too stressed with the reputation of the opponents who managed to give a great enough competition to other teams and are now ranked second in the league. This is because it can affect the focus and rhythm of the game in the match later.

"I am aware that we will receive stiff competition when we play there later. However, I want the players to continue to focus and play with enthusiasm as planned to bring home points later," he said.

Aidil at the same time also expressed relief when central defender, Renan Alves who could not play in the match against Penang FC before, will return to strengthen the team.

"Alves is our key player and we can see without his action in the last game, we had a bit of a hard time. We need him physically in the penalty box. My job is to give him extra motivation to be better prepared for Saturday's game," he said.

Kedah, which still has three matches pending, is currently in fourth place in the league after collecting 29 points from 15 matches while TFC is in second place with 37 points after 18 games.